After recording a year of unprecedented growth, JK Cement, today announced to expand its grey division business, under the brand name of JK Super Cement, in the eastern part of Uttar Pradesh (UP). The company has today in a press conference announced to open its dealership network across Kanpur, Lucknow and the adjoining areas of Barabanki, Unnao, Fatehpur and Jalaun.
Through this expansion, the cement giant plans to further strengthen its leadership position in the UP market and make quality cement available across the central and eastern belt of the state. The brand already has a robust presence in the western and a few central UP markets and plans to tap into the remaining markets in the coming few months.

The campaign is named Maati Ka laal, as we believe this is where we belong to - this maati- and have always aspired to be a part of this wonderful turf. The association with this belt has been a long one as the organisation JK was founded by the Late Lala Kamlapat Singhania who started his first business venture from this very place. We have always been very nostalgic about this place and would not refer to it as homecoming. Our hearts and minds have always been here.

The company has also announced to set up a new grinding unit in Hamirpur, Uttar Pradesh, in the next two years. Talking about JK Super Cement growth and expansion plans.
The cement giant was undeterred by the global pandemic and the company’s market capitalization increased 3 times to reach USD 3 billion in the last fiscal. The brand delivered stellar performance, recording highest ever EBITDA in Q3 and Q4 of FY 20-21.
JK Cement has been receiving several awards and accolades, including making a big leap from the 'Medium' to 'Large' category and being identified as the 2nd fastest growing company at the 4th Indian Cement Review Awards. 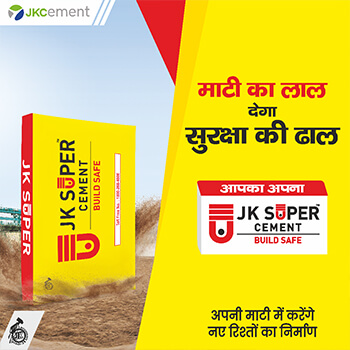 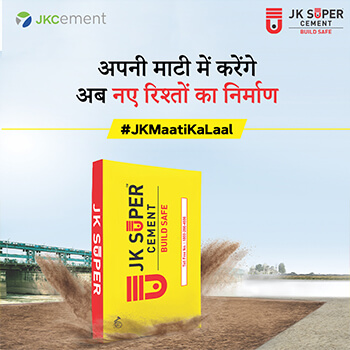 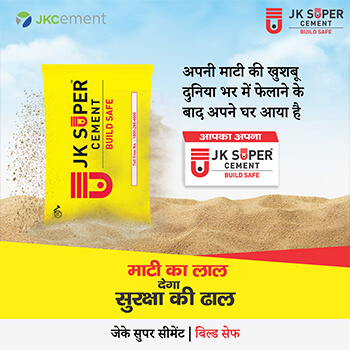 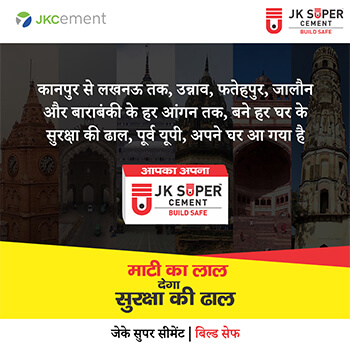 We use cookies to help us give you the best experience on our website.If you continue without changing your settings, we'll assume that you are happy to receive all cookies on our website. However, if you would like to, you can change your cookie settings at any time.
ACCEPT